One year ago, East Orange Animal Control made news for all the wrong reasons. At the time, the city’s recently hired Animal Control Officer, Amanda Ham, dramatically increased the animal shelter’s live release rate. However, East Orange Health Officer, Rochelle Evans, fired the ACO after Ms. Ham complained to the NJ SPCA about dreadful conditions the city refused to fix. Shortly after Ms. Evans fired Amanda Ham, the New Jersey Department of Health inspected the shelter and documented horrific conditions. Specifically, the New Jersey Department of Health reported animals inundated with a toxic feces and chemical filled soup, a fly infestation so severe that animals with open wounds and skin lesions were in danger of having maggots grow inside them, cats not provided with enough water and water they did have was contaminated with cat litter, and improper isolation of sick animals. Thus, East Orange Animal Control’s shelter was a complete mess last year. 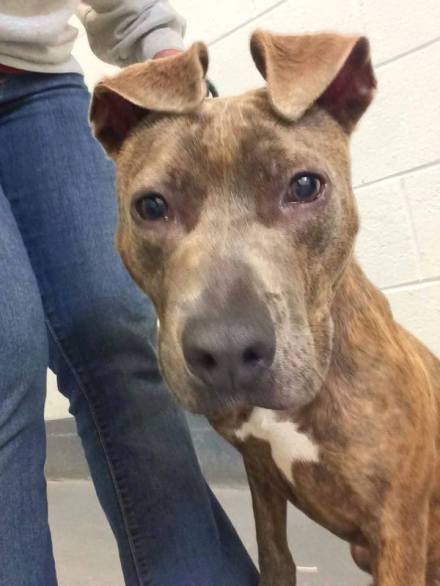 The New Jersey State Board of Veterinary Examiners concluded Dr. Kimani Griffith was grossly negligent in the care he provided a patient’s dog. In September 2004, Dr. Griffith spayed a female dog and performed a mastectomy after noticing a lump on the dogs’s teats. After the owner’s dog experienced complications from the surgery, Dr. Griffith failed to properly diagnose the problem and delayed appropriate treatment that resulted in the dog’s death. The New Jersey State Board of Veterinary Examiners ordered Dr. Griffith to pay nearly $2,500 in fines and complete 20 hours of continuing education in the area of General Surgery.

South Orange has taken at least one animal this year to East Orange’s animal shelter. After Jersey Animal Coalition left South Orange in 2014 due to conflicts related to a failed New Jersey Department of Health inspection, South Orange brought animals to the high kill Associated Humane Societies – Newark shelter. In 2015, after AHS-Newark required South Orange to also purchase animal control services, South Orange ended its relationship with AHS-Newark. Earlier this year, South Orange ACO, Melanie Troncone stated South Orange currently was taking stray animals to Puppy Love, a pet groomer in Maplewood, and South Orange Animal Hospital. Ms. Trancone stated the animals would be held for 7-10 days at these locations and then released to an unnamed rescue or a shelter. Around the same time as the ACO made this statement, she wrote the following comment on a Facebook post saying she brought a large stray dog to East Orange’s animal shelter:

One has to question why South Orange would choose to take a lost dog to one of the state’s worst pounds? Does South Orange have a contract with East Orange Animal Control or Dr. Giffith’s Country Lakes Animal Clinic in Mine Hill? Either alternative is not good and to not notify residents is despicable while the town drags its feet on re-opening the old JAC shelter with new management.

The Companion Animal Protection Act (“CAPA”) requires several things that would have prevented the tragic killing of Roxy. First, CAPA requires all, not just stray, animals be scanned for microchips and possible owners or caretakers be contacted. In the case of Roxy, a micochip scan would have identified Liberty Humane Society as the faciity she came from and East Orange Animal Control would have had to contact Liberty Humane Society. Second, under CAPA animal shelters cannot kill animals when

(1) there are empty cages, kennels, or other living environments in the shelter; and,

(3) a rescue groups is willing to accept the animal; and,

(4) the animal can be transferred to another shelter with room to house the animal; and

(5) the director of the agency does not certify that he or she has no other alternative.

Under CAPA, East Orange Animal Control would have been prohibited from killing Roxy since the shelter had empty kennels at that time. Additionally, the shelter would have had to contact rescues, fosters and other shelters before killing Roxy which likely would have caused people to identify her earlier. Certainly, if East Orange Animal Control contacted Liberty Humane Society, which had room, Liberty Humane Society would have taken Roxy back. Thus, CAPA would likely have prevented Roxy’s killing assuming the law was properly enforced.

East Orange Animal Control is currently spending much more money than other municipal shelters who save their animals. In 2013, the city spent $345 per dog and cat and likely killed most of their animals (the facility did not report outcome data). On the other hand, Perth Amboy only spent $281 per dog and cat in 2013 and saved 97% of its dogs and 93% of its cats. In 2014 East Orange budgeted $2.63 per person on its animal control and sheltering operations while Perth Amboy only spent $2.34 per person in 2014. Thus, East Orange is wasting taxpayers money and embarrassing the city in the process.

East Orange Animal Control currently bans volunteers from its shelter. Basically, the only exposure animals got until recently were pictures a couple of select people were allowed to take through the kennels. Clearly, such pictures are depressing and don’t do nearly enough to promote the adoption of these animals. 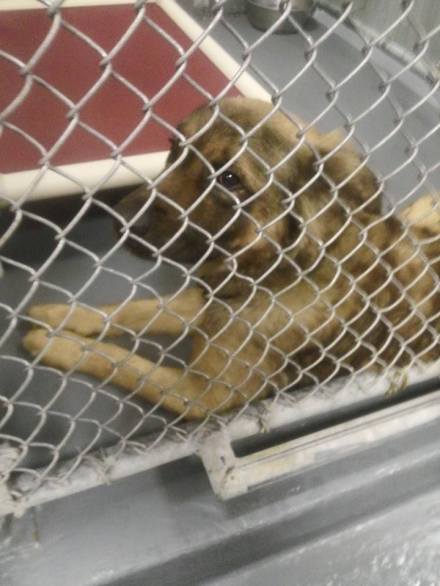 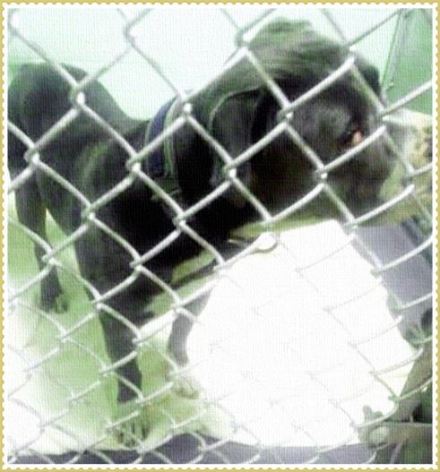 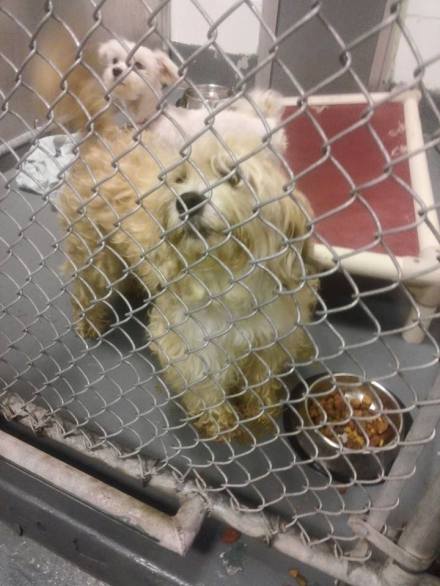 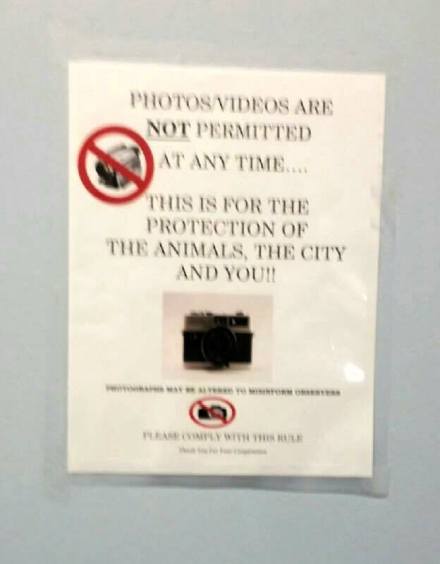 Nathan Winograd, who is a no kill leader and an accomplished attorney, provided the following summary of why it is illegal for animal control shelters to ban photos and videos:

Banning photography and video in public areas of the shelter limits free speech. See Animal Legal Defense Fund vs. Otter, 2014 WL 4388158*10 (D. Idaho 2014). The taking of a photograph or video is “included with the First Amendment’s guarantee of speech and press rights as a corollary of the right to disseminate the resulting recording.” ACLU vs. Alvarez, 679 F.3d 583, 597 (7th Cir. 2012). As the ACLU has correctly argued, “Videotaping and capturing images of poor shelter conditions or neglected animals are indistinguishable from ‘commenting’ or ‘speaking out’ on such conditions.” Volunteers, rescuers, and members of the public have a right to document things they believe are improper. They also can take photographs and videotape to assist in finding animals homes.

Volunteering at an animal shelter does as much good for the people giving their time as the animals themselves. People need to have meaning to their life. Rehabilitating an animal and being part of its metamorphosis is incredibly moving. Animals open up the most hardened hearts as evidenced by the many successful animal shelter programs at prisons. Senior citizens, young people who need direction, and families looking to spend time together can join up, save lives, and be part of something that builds up their self-esteem and their community. Thus, animal shelter volunteer programs help the people volunteering just as much as the animals those folks help.

East Orange must stop depriving its own citizens from experiencing the opportunity to volunteer and better themselves. Countless communities, such as ones with high poverty rates like Perth Amboy, have come together and made their animal shelter a source of pride. Mayor Taylor touts his community support programs yet his animal shelter refuses to let those citizens help. It is time Mayor Taylor clean house in his Animal Control department, hire caring and compassionate people, and let his community help its animals. If Perth Amboy, which has a higher poverty rate than East Orange, can do this then why can’t East Orange?

East Orange’s residents must come together and demand more from their city government. Illegal activities, unethical actions, and depriving the city’s own citizens the opportunity to better themselves have made the city’s animal shelter an urgent issue. If the elected officials refuse to fix the animal shelter, then East Orange’s citizens should make sure those officials are shown the door.