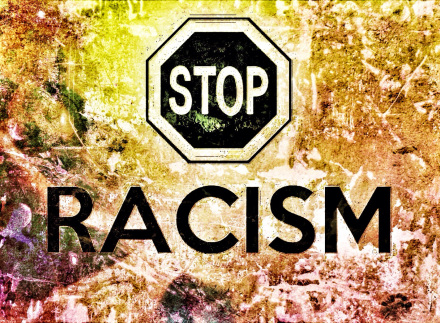 Racism is one of the dirty little secrets in the sheltering and rescue community. From my experience, some people in the animal welfare community hide behind the claim of protecting animals to justify racist attitudes. Even worse, such attitudes result in more shelter killing.

Several incidents opened my eyes to the issue of racism in animal welfare. While I volunteered at an urban animal control shelter with a high kill rate, a fellow volunteer took several dogs to a Boys and Girls Club in the city the facility was located in. After the event, the volunteer felt great as a number of dogs received some very good applications from families who were minorities. Subsequently, the shelter denied every single application for no good reason. Another time I helped organize an adoption event for a different shelter, which had many dogs spending years at the facility, in a middle to upper middle class community where around 45% of the population is black or Hispanic. During the event we met many potential adopters and the pet store chain was going to allow us to hold adoption days every weekend. Subsequently, a high ranking person at the shelter told us that we would not return to the location because they “didn’t like the element.” After several failed attempts to get that person to explain what they meant by “element”, we were told to drop it and the decision was final. We’ve also helped organize an adoption event that is part of a street fair for several years in a nice section of a large city. Despite having lots of people going to this street fair year after year, we’ve had great difficulty getting many local rescues and shelters to attend. While these animal welfare groups never said it was due to the location, I no doubt believe this is the reason they did not attend. Thus, I’ve directly experienced overt racism in my volunteer experience at animal shelters.

Additionally, I’ve seen shelters and rescues belittle people in urban areas. For example, Associated Humane Societies Assistant Executive Director, Scott Crawford, shared a joke that people shouldn’t go to Newark, which is where his organization’s largest shelter is located, since its a “shadowy place.” Similarly, I’ve seen rescues call urban areas around shelters they pull animals from as “ghettos.” In fact, I’ve even seen some rescues express deep sorrow that animals at high kill shelters were returned to their owners in urban areas.

The sad incident of Quattro the cat also brought out some nasty racial tensions. Last year, a 12 year old, a 10 year old and a 6 year old boy stoned a cat to death in a horrific incident in Paterson. Local animal advocates were rightfully appalled. However, online comments became so racist and vulgar that the local newspaper had to delete many of them. The animal advocates demanded all 3 boys, including the 6 year old, be charged with animal cruelty. While I certainly agree with prosecuting the older boys, I find it hard to believe that a 6 year old, who was in the presence of 2 much older boys, should have had been charged with this crime.

Subsequently, local animal advocates held a rally for Quattro in Paterson and local residents clashed with the animal activists. While I certainly understand the motivations to hold the rally, I think it was counterproductive to animal welfare in Paterson. Paterson Animal Control kills hundreds of dogs each year at its shelter and acts in secrecy. Those very residents that clashed with animal welfare activists need to become advocates for the many animals being killed at the so called city shelter. Rightly or wrongly local residents equated the racist online comments with the animal welfare activists’ desire to charge all 3 children with animal cruelty. Additionally, the Paterson residents felt the animal activists were outsiders and were ignoring the very real issue of children being killed in the city. Clearly, this effort did not help many Paterson residents become sympathetic to the cause of animal welfare despite the organizers’ good intentions.

Humane organizations until fairly recently used to profile black pit bull owners and seize their dogs. In 2003, Sociologist Arnold Arluke published an article titled “Ethnozoology and the Future of Sociology,” in The International Journal of Sociology and Social Policy. The following extract from that article provides a frightening summary of this practice:

Kim Wolf, who formerly worked at Animal Farm Foundation and currently runs an organization supporting inner city pet owners, rightfully explained that this practice led people in the inner city to distrust animal welfare organizations. After all, if humane organizations are seen as groups that will steal your family member and likely kill them in the process, then how can you expect people in inner cities to support animal shelters and rescues?

Racism may also happen unconsciously in ways we are not aware of. Research over the last two decades on implicit or unconscious bias has shown almost all people naturally discriminate in many ways. In fact, 20% of large companies in the United States even have training classes on this topic. Basically, our brains evolved to make split second decisions to help us avoid dangers. During prehistoric times, our brains needed biases to make these quick decisions, such as hiding from or attacking anything unfamiliar to us. In the modern world, these biases can have nasty effects, such as wrongly denying a qualified minority a job, a promotion or a shelter animal. The key thing is nearly every person has these biases and it does not mean everyone is a racist. However, people need to always step back and review their actions and try to uncover their natural biases that may have negative unintended consequences. For example, if a shelter or rescue refuses to adopt out an animal to a young black or Hispanic man from an urban area, is it for legitimate reasons or is it simply unconscious bias? Thus, shelters and rescues should become aware of their own natural biases and work to eliminate those that serve no legitimate purpose for animal welfare.

Rescues and shelters must increase their market share to end the killing of healthy and treatable animals. Approximately 17 million people in the country will acquire a dog or cat each year and would consider obtaining that animal from a shelter or rescue. Around 3 million dogs and cats are adopted while about 3 million of these animals are killed in shelters each year. If shelters can increase their market share from 3 million to 6 million of those 17 million potential homes, shelters will no longer kill healthy and treatable animals. Thus, shelters and rescues must persuade 35% of these 17 million people to choose to adopt.

Animal welfare organizations must make in-roads in under-served communities to increase market share to end the killing of healthy and treatable shelter animals. According to HSUS, 30% of dogs and cats in American homes came from a shelter or a rescue. On the other hand, in poor or under-served urban communities, which have very large minority populations, only 3% of owned dogs and cats came from shelters or rescues. 71% of people in these areas acquire their dogs from family, friends, neighbors or breeders. Furthermore, HSUS stated that they are seeing pet stores, which obtain puppies from cruelly bred puppy-mill dogs, market more aggressively to people in poor urban areas through things such as layaway plans. These facts suggest that a significant portion of the increased market share needed to end shelter killing must come from minority groups living in poor urban areas.

Increasing market share in poor under-served communities will raise spay/neuter rates and improve the welfare of pets. HSUS found 87% of dogs and cats in these areas were not altered and most pets had not seen a veterinarian. However, HSUS noted poor urban areas had no veterinarians, and even when present, these veterinarian offices were often far away and hard to reach for pet owners. If shelters adopt out dogs and cats to pet owners in under-served areas, these folks will have spayed/neutered rather than intact animals and the homeless pet population should decrease over time. Furthermore, shelters can build relationships with pet owners in poor urban areas through adoptions and can then help these folks access low-cost veterinary care. Thus, shelters and rescues can help end shelter killing and increase animal welfare by gaining market share in under-served communities.

Shelters and rescues need to abandon their fears and reach out to minorities and under-served communities to save lives. While I understand the concerns of shelters and rescues about placing animals in poor communities, I think these fears are grossly exaggerated. HSUS’s Pets for Life program has found people in under-served communities generally are viable adoption candidates. In fact, many people already do informal rescue by taking animals in from the streets. Additionally, HSUS has been able to persuade 74% of people they meet with intact animals in under-served communities to alter their pets and nearly 90% of these folks actually spay/neuter their dog or cat. Downtown Dog Rescue and Beyond Breed documented people lined up for hours to access free/true low-cost spay/neuter services. Certainly, adopters with less economic resources and education need more support, but that outreach already is needed. Like it or not, these folks will obtain a dog or cat from some source. If it is your shelter or rescue, you can then supply them with an altered and vaccinated animal. Perhaps more importantly, you will establish a relationship that can help provide education on pet ownership. Thus, shelters and rescues need to reach out to under-served communities and minorities to save lives and improve animal welfare.

Shelters and rescues need to take proactive steps to reduce racism and save lives. Animal welfare organizations should compare their percentage of minority adoptions and the percentage minorities comprise of the overall population in their areas and set goals to reduce the divergence in these numbers. In other words, if blacks and Hispanics make up 30% of the population in a shelter’s/rescue’s area, the shelter/rescue should strive to adopt out a roughly similar percentage of their animals to these racial groups. Of course, shelters and rescues should do this by reaching out to new adopters who can help the organization save lives. Even if shelters and rescues can’t achieve this perfect balance, there is no reason they can’t improve adoption numbers to minorities and/or those folks who live in under-served areas.

At the end of the day, shelters and rescues have to make a decision whether they want to end the killing of healthy and treatable animals. While a state with a relatively low per capita intake of homeless animals like New Jersey may not need to reach as many new adopters as other areas, we do need to do so if we want a no kill country. Based on the numbers above, our country needs to adopt out roughly 19 dogs and cats per 1,000 people to end the killing of healthy and treatable pets. This per capita adoption rate is towards the upper portion of the range of existing no kill animal control shelters. States with low intake like New Jersey not only need to take care of their own animals, but must help other states as well. We can save these animals, but will rescues and shelters abandon their racial and other biases to do so? Hopefully, the sheltering and rescue community chooses to save more lives and help ease racial tensions.