Several years ago I visited the Elizabeth Animal Shelter. Upon arriving at the facility, which was open for a mere hour that day, I waited for 45 minutes for an animal control officer to show up and allow me in the building. Instead of keeping the shelter open for extra time, the ACO only gave me a few minutes to look at the animals before closing the shelter. The facility only housed a few animals despite serving the fourth largest city in New Jersey. When I inquired about a friendly pit bull like dog, the ACO said he didn’t like that dog and the animal must have something wrong with his head. When I offered to take photos of dogs to help increase adoptions, the ACO told me Elizabeth will not allow me to do so. As a result, I did not have a good experience with the Elizabeth Animal Shelter.

Daphne’s and Rocko’s owner and other animal activists subsequently tried to reform the Elizabeth Animal Shelter. Ms. Arteta created a Facebook page called “Justice for Daphne and Rocko” and along with other animal activists demanded reform at several City Council meetings in June and July of 2014. At those meetings, you clearly could see most of the City Council members feeling public pressure to act.

Elizabeth and the shelter reform activists appeared to cut a deal. From what I could tell, the shelter reform activists ended their campaign in exchange for the shelter giving them unflattering photos of animals coming into the shelter. To facilitate this apparent agreement, the shelter brought in Darcy Del Castillo, who previously volunteered at Associated Humane Societies-Newark, on a part-time basis. Based on my understanding, Ms. Del Castillo works/volunteers on Thursdays, which is the day Elizabeth Animal Shelter accepts owner surrenders. While Ms. Del Castillo certainly did help animals as a volunteer at AHS-Newark, I found her often defending shelters, even bad ones, as shown by the following statement on her “Shelter Helpers” Facebook page:

Furthermore, Associated Humane Societies Executive Director, Roseann Trezza, wrote a glowing recommendation for Ms. Del Castillo and even pointed out how well Darcy got along with upper management and didn’t intrude into the shelter’s operations. Roseann Trezza has run Associated Humane Societies since 2003 and held high level positions for several prior decades during the awful Lee Bernstein era. Additionally, Roseann Trezza’s shelter had numerous poor inspection reports in 2009 and 2011 and her shelter kills massive numbers of animals. Frankly, getting a letter of recommendation from someone like Roseann Trezza for an animal sheltering position is a huge red flag. Apparently, Elizabeth felt comfortable bringing in someone who would not rock the boat. 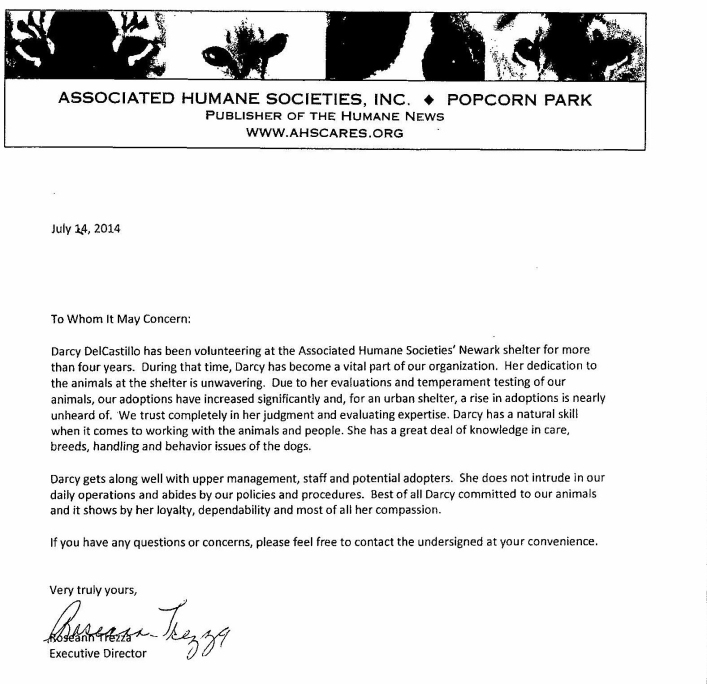 Around a year after the illegal killing of Daphne and Rocko and the related uproar, the Elizabeth Law Department put out a statement saying people, including city residents, could not volunteer at the animal shelter.

So the question is did Elizabeth Animal Shelter change for the better? How does it compare to other shelters?

The Elizabeth Animal Shelter’s 2015 statistics are summarized below. As you can see, the shelter has a moderately high death rate. Specifically, the overall death rate (animals killed plus dogs and cats that escaped plus animals that died at the shelter/known outcomes) was 22% for dogs and cats combined, 28% for cats and 16% for dogs. If we only consider animals requiring new homes (i.e. excluding animals returned to their owners), the overall death rate was 25% for dogs and cats combined, 29% for cats and 20% for dogs. Based on my review of a sample of underlying records, animals labeled as “Medical Release” left the shelter alive. Clearly, the Elizabeth Animal Shelter performs far better than the nearby Associated Humane Societies-Newark does for dogs and cats coming in primarily from animal control in the city of Newark. However, the shelter’s statistics reveal that Elizabeth is far from a no kill community.

The Elizabeth Animal Shelter has had mixed results since the turmoil in 2014. In 2013, the shelter’s kill rates were 12% for cats and 39% for dogs. While the dog kill rate decreased 24 percentage points over the last two years, the cat kill rate increased 14 percentage points over this time. As a result, the Elizabeth Animal Shelter has made some progress with dogs, but went in the wrong direction with cats.

Rescues Save the Day

Virtually all non-reclaimed animals leaving Elizabeth Animal Shelter alive are saved by rescues. The Elizabeth Animal Shelter erroneously reports all of these animals as “adopted” in its “Shelter/Pound Annual Report” submitted to the New Jersey Department of Health and the supporting intake and disposition records. Based on my review of the underlying paperwork for 35% of these “adoptions”, rescues “adopted” at least 85% of these animals. In reality, I believe rescues make up a higher percentage of these “adoptions” since the shelter did not always list the rescue on the adoption forms. Thus, rescues are saving virtually all animals not reclaimed by owners who leave the Elizabeth Animal Shelter alive.

While many rescues saved animals from Elizabeth Animal Shelter, the following groups pulled the most dogs and cats per the paperwork I reviewed:

Elizabeth Animal Shelter’s policies explain the facility’s low adoption rate. First and foremost, the shelter only adopts out animals for 2 hours a day on weekdays and for just a single hour on Saturdays. In fact, the shelter’s weekend hours violate state shelter law requiring the facility be open for two hours on the weekend for people to reclaim their lost pets. Second, the shelter currently has no animals listed on its adoption web site, Adopt a Pet. Third, the city allows no volunteers to help. Fourth, the shelter does not alter or vaccinate any animals prior to adoption. Even worse, the Elizabeth Animal Shelter threatens adopters that they must alter their pet within 30 days or face fines on the descriptions of the dogs they post on Facebook:

While New Jersey’s low cost spay/neuter program allows people to alter pets adopted from shelters for $20, many prospective adopters don’t know about this program and wouldn’t be willing to risk breaking the law. Furthermore, people often have to wait long periods of time to alter their pets through the program due to delays in funding. Frankly, Elizabeth’s refusing to take responsibility for the animals it adopts out while demanding adopters do the right thing is a clear example of chutzpah and hypocrisy.

Elizabeth Animal Shelter’s posting of depressing photos discourages adoptions. As Best Friends’ adoption guidance states, good photos are critical in getting animals adopted. Specifically, Best Friends recommends shelters take clear photos of happy animals where the pets are relaxed and not scared or anxious. As you can see in the following photos from the Elizabeth Animal Shelter, the pictures are of poor quality and the animals look stressed and unhappy. In fact, the photos look more like prison mugshots than something that would appeal to adopters. 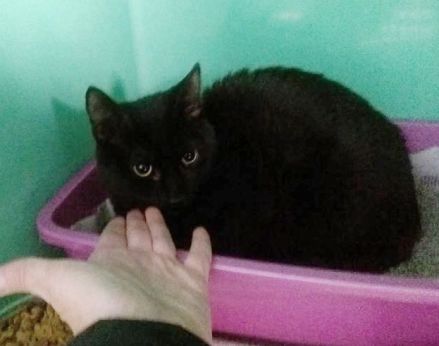 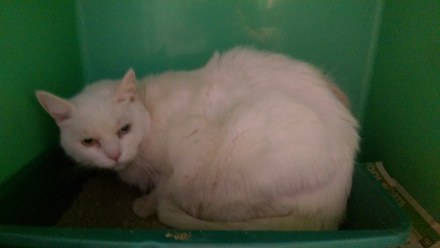 Elizabeth Animal Shelter’s adoption profiles posted on Facebook also turn off adopters. Specifically, Elizabeth Animal Shelter usually fails to write appealing bios and often the profiles turn off adopters. Kristen Aurbach, the Deputy Chief of the no kill Austin Animal Services municipal shelter, recently wrote an excellent blog on the Animal Farm Foundation website explaining why shelters should use adoption bios to exclusively market animals and save all their perceived flaws for adoption counseling sessions. The profile serves to get someone in the door and build an emotional connection with the animal. Once that happens, the shelter discloses the full details of the animal during an adoption counseling session. An adoption profile is like a resume and no job seeker would ever expect to land an interview let alone a job if the person listed all their flaws on the resume. As you can see in the bio below, Elizabeth Animal Shelter is mixing marketing with adoption counseling and discouraging many potential adopters.